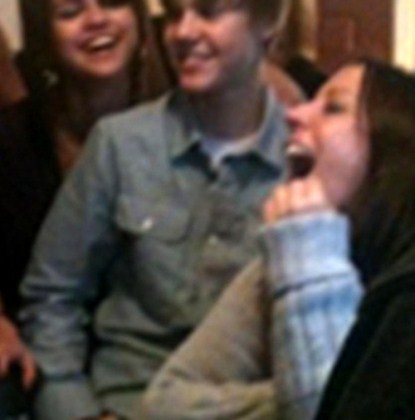 Jessica Jarrell, 16, the girl who was on the “My World” tour with Justin Bieber, 16,  had a sweet 16 birthday party.  The party was held at a rollerskating ring in Los Angeles.  Justin showed up and his rumored girlfriend  Selena Gomez, 18 did to.  Everyone enjoyed pizza and got to skate and have lots of fun.

No word yet if Justin and Selena came together but the above picture where it looks like Justin is sitting on Selena’s lap is rumored to be a picture from the party.  Back in summer of 2010 there were rumors that Justin was dating Jessica.  Is the picture from Jessica’s party?  What do you think?