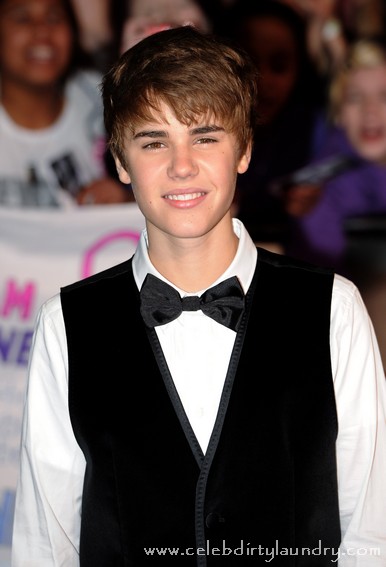 Even though Justin Bieber, 16, is rolling in dough he claims Mama Bieber holds the purse strings.   Justin claims he has no say over his fiances his mom is completely in charge.    Mama Bieber also has him on a monthly budget and if he spends too much that is it.  Why do I think that is not true or his monthly budget is huge.  Recently he sent a truckload of flowers to Selena Gomez which would have nuked anyone’s budget.

“I only have a credit card which allows me to spend a certain amount of money every month,” Bieber said.  “If I reach the limit after the first week, I can’t buy any more stuff until the month is over. My mom is in control of that.”

Justin also claims Mom is none too happy about girls throwing their unmentionables on stage.  Apparently some of them have phone numbers and Mom makes them all disappear.

Despite all of this Justin claims he is a very independant person.  “I guess I’m fine with being by myself. I’m a very independent person, so I don’t really get lonely. I don’t get much time to myself,” he said.