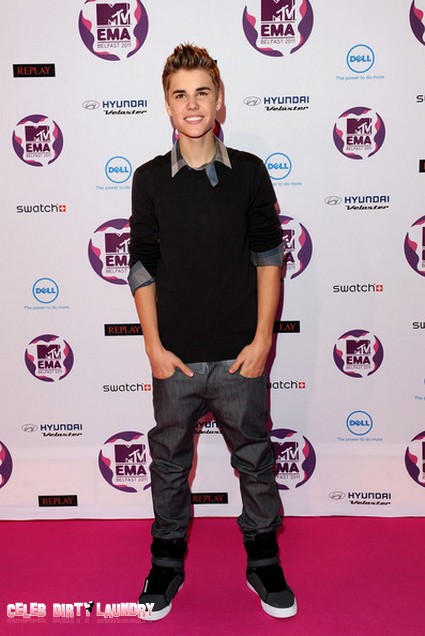 Justin Bieber’s Mom, Pattie Mallette, has forbidden her darling boy from having any contact with Charlie Sheen. The National Enquirer cites sources as saying that Pattie has ordered Justin to avoid Charlie due to his lust for drugs and hookers.

An insider close to Bieber claims: “Pattie had no idea that Justin and Charlie even knew each other until Sheen sent out what was supposed to be a private tweet to her son.”

Instead of a personal note to Bieber, Sheen’s tweet with his personal phone number went to his 5.7 million Twitter followers on December 8, with the message ending: “Call me, bro. C”

Pattie called her son in a panic and read him the riot act – the source says:  “Justin told his mom that Charlie seemed like an okay guy but she freaked: ‘Since when are you his “bro”?  Justin explained that ‘bro’ was just a figure of speech and they’re really just acquaintances. Pattie said, ‘Well, see that it stays that way!’ She thinks Charlie is bad news and associating with him would be terrible for Justin’s image.”

The source went on to explain that Sheen has a commercial interest in buddying up with Bieber:  “Charlie would like his ‘bro’ to do a cameo on his new series ‘Anger Management,’ just like Justin did a bit part on ‘CSI.  He thinks it would goose the ratings, and he wanted to take Justin on a boys’ night out, preferably in Las Vegas, to discuss it. If Justin’s mom knew, she’d hit the ceiling!”

Can you blame Patti? What would you do if your impressionable young son starting hanging with the man who calls his highly paid prostitutes ‘goddesses’ and tips them with big rocks of crack?