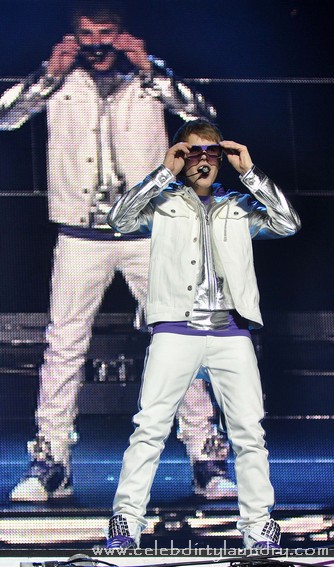 Canadian teen sensation Justin Bieber, 17, is about to take Bieber Fever to the next level.  Justin is looking to add movie star to his next role.  He is looking to get the lead role  in the comedy “What Would Kenny Do?”  The film tells of the relationship between a 17-year-old and his thirtysomething self.   The thirtysomething would be played by Ashton Kutcher.

The project is being done by Ashton Kutcher’s company and Will Smith’s company along with Sony.  If Justin gets the role the movie will have to wait for him until 2012 since Jusin is currently committed to his world tour.  Justin would be a good choice for the role since he has such a huge teen fan base.

This is not the first talks of collaboration between Justin and Ashton.  It has been rumored that Justin might be the new host of Punk’d with Ashton Kutcher as an executive producer of the new series via his Katalyst Entertainment.