JWOWW Blasted By Lawyer For Publicity Stunt Over Naked Pics 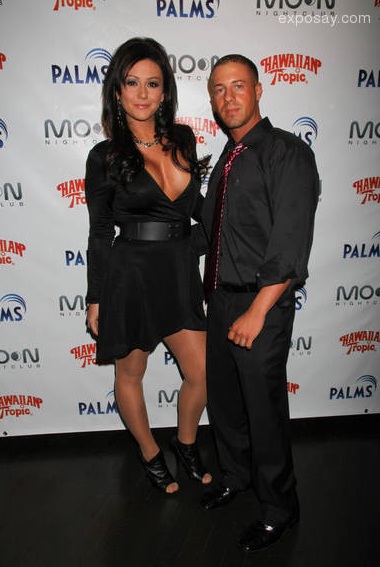 Jenni ‘JWOWW’ Farley’s legal attempt to stop naked photos of herself being sold to the media is nothing more than a publicity stunt, according to the lawyer representing the reality star’s ex-boyfriend and manager, Tom Lippolis.

Lawyer Jeffery Baum, who is acting for Tom Lippolis in the breach of contact lawsuit, said “She is talking about naked photos for publicity and to draw attention to herself and play the victim,” in reference to Jenni Farley, aka JWOWW.

Jeff continued “Once everyone wants to see them, she can pose somewhere and stick the money in her own pocket.”

On Wednesday, a New York judge ruled that Lippolis has no legal right to distribute the raunchy pictures.
Jeff’s response was: “She is declaring some type of victory here, but that’s hollow! It’s nothing!  She didn’t win anything. All she did was get an order temporarily restraining Tom from selling naked pictures which he never intended to sell anyway.  She has known about these pictures all along and she claims someone told her he was going to sell them but really what is going on is, she owes money to my client.”

The disgruntled lawyer added: “He got her set up for all her deals, appearances, tanning lotion, clothing line, etc. and she was supposed to pay him, he was her manager and it’s not free.  We are not looking for a pay day here, this money is for work he did for her.”

Jeff continued in his tirade against JWOWW saying that she was adept at “disseminating information” to play the victim’s card, and added “Tom is the real victim, because he didn’t get paid.”

“She wants to say, ‘Look, he is a horrible guy who took naked pictures of me when I didn’t know’ and in actual fact he worked and did everything for her,” Jeff added.

I don’t know about you but I’d rather visit a taxidermy shop than view pictures of a naked JWOWW – taken before or after her extensive cosmetic surgery.