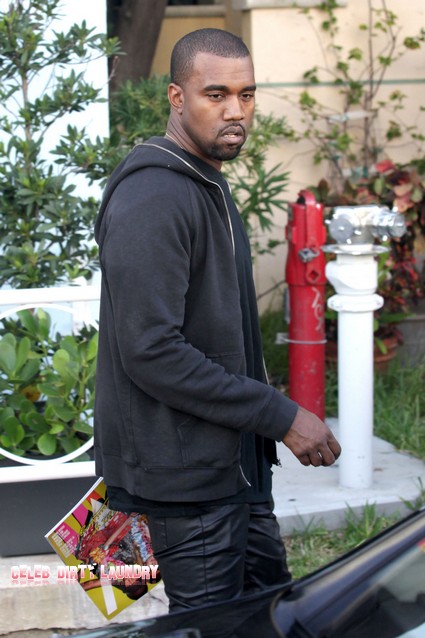 Kanye West resorted to collective punishment by threatening to throw out an entire section of his audience after one fan threw business cards on stage during a concert.

Kayne was performing with Jay-Z as part of their Watch the Throne project at the Tacoma Dome in Washington earlier this week but freaked out like a little bitch after the small cards were thrown onto the stage.

The entitled multi-millionaire rapper then insisted that the entire section of the audience from where the cards came pay the price for the actions of one person and be ejected from the concert unless the culprit owned up and came forward.

Kayne ranted and raved like a spoiled child: “I see it come from that direction, so all four of them got to go. Unless one person raises their hand and says ‘I’m the one who did it’, all that whole section gotta go.”

Speaking of his elaborate set – which included two giant platforms – Kanye continued: “These cubes go 20 feet in the air, fam. We risking our lives up here, you can’t go throwing s**t that we gonna slip on.  So look, this whole section right here girls and guys gotta go, you got the person?”

The business-card throwing culprit was eventually discovered and ejected from the show, leaving Kanye to perform the rest of his set to the 20,000 remaining victims. Did you know that Kayne West was risking his life when he performed?