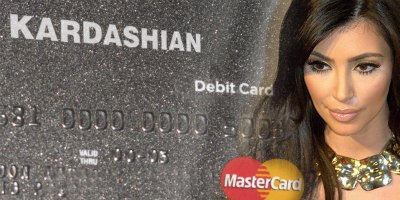 Kim, Khloe and Kourtney Kardashian recently backed out of being the faces of the Kardashian Kard — and now they are being sued for it. After realizing that they were practically taking people to the cleaners under the guise of saving them money, the girls pulled out of the deal.

They are being accused of causing more than $75 million in debt and the company, Revenue Resource Group is looking to recoup that in damages. They have filed a lawsuit against the Kardashians claiming that by backing out of the debit card, they’ve breached their contract.

Revenue Resource Group claims the sisters signed a two-year deal that they should have honored — and since the fam backed out, RRG has been crushed by a wave of bad publicity.

RRG wants the women to fork over more than $75 mil to make things right.

I’m just happy that they’re not trying to screw over young people anymore.