Kat Von D Has No Regrets Over Jesse James Tattoo 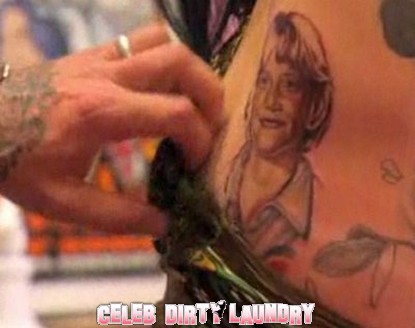 L.A. Ink star Kat Von D has revealed that she doesn’t have any regrets over getting that tattoo of Jesse James’ face on her body. Ugh, really?!?

This is just as bad as getting someone’s name tattoo’d on you. Even worse, really.

During a radio interview earlier today, Kat talked about her called-off engagement to Jesse and said that she doesn’t regret getting his childhood photo etched into her skin. She also seemed to be in good spirits during the interview, discussing everything from her relationship with Jesse to walking out her interview on Good Day L.A.

With regard to her walk out on Good Day L.A., she said, “Yes I did walk out on them and I guess it was considered unprofessional on my behalf. I’m not perfect. I’m not going to sit here and make excuses for it and all that. But they pulled some inappropriate stuff that was behind the scenes stuff that I think a lot of people don’t know.”

Now that’s what she should’ve told everyone about. We’re curious as to what happened behind the scenes! What don’t people know, Kat? Tell us!! Aren’t you curious?????