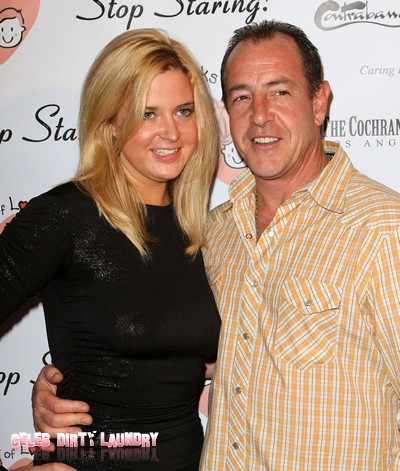 Kate Major has entered a rehab program to help her to get her obnoxious behaviour, supposedly fueled by excessive alcohol consumption, under control. Kate and her sometime boyfriend, Michael Lohan, have had many well-publicized battles involving the law with subsequent arrests – these were no doubt the consequence of the charming couple’s drunken stupidity.

Kate has entered a facility in Boca Raton, Florida, to be treated for alcohol abuse and will stay at the centre for 90 days.

According to sources, Kate decided to finally break down and get help for her obvious drinking problem after a drunken incident which occurred on a plane a few weeks ago.

Her decision to enter rehab follows a turbulent few weeks which have seen Michael arrested following a physical altercation with her on October 25.

The 51-year-old showbiz patriarch – the father of Lindsay Lohan – was sentenced to two years probation over the incident after he entered a plea of no contest to four domestic violence charges in a Tampa court earlier this month.

Kate accused him of attacking and bruising her during a heated argument at a property in Florida which began after she refused to perform oral sex on him.

He is also believed to have also smashed Kate’s cell phone and threatened to throw her from a balcony before police arrived and arrested him.

The police report stated: “The defendant again pushed her multiple times and squeezed her arms. She suffered minor bruising and complained of shoulder pains.”

Why do I have the feeling that if Kate and Michael both stayed sober there would be no police, no arrests, and no publicity.