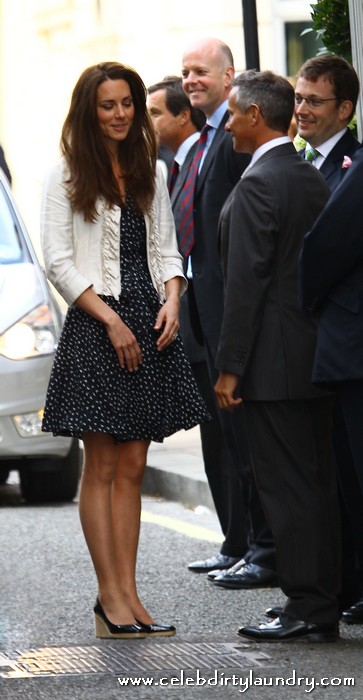 Kate Middleton, 29, was all smiles as her and her family arrive at The Goring Hotel in central London. London, England April  28th, 2011.  In less than 24 hours Kate will be a princess this is her last couple of hours as a single women.  Kate looked relaxed as she waved to the crowds of people.  We have several pictures below of the family and Kate arriving at the hotel!

Meanwhile, Kate and her bridesmaids and the best man Prince Harry, rehearsed once more Thursday at Westminster Abbey, practicing the timing of the upcoming royal wedding.  Prince William was not there.  Kate and William released a message in their wedding program saying how touched they were by the outporing of love they have felt.

“We are both so delighted that you are able to join us in celebrating what we hope will be one of the happiest days of our lives,” they wrote. “The affection shown to us by so many people during our engagement has been incredibly moving, and has touched us both deeply.”