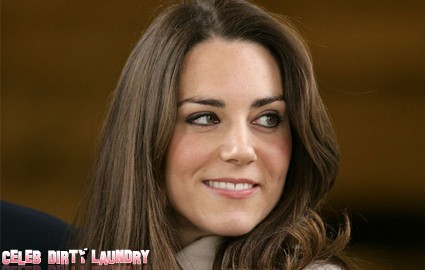 Another first for Kate Middleton today. The Duchess of Cambridge is spending Christmas number one as an official member of the Royal family. That means she’s staying with the in laws at Sandringham and enjoying the many traditions they celebrate during the festive season.

The first engagement – heading to Church on Christmas morning. Up to a thousand people gathered to see the family this year – most hoping for a glimpse of the Duchess and her much talked about wardrobe. She’s the most popular member of the family after the Queen. Kate didn’t disappoint the fashionistas in her first appearance sporting a grey coat and black boots. It’s the first of many outfits she’ll wear today. There’s talk she’ll change five times between Church, lunch and dinner commitments.

Of course Prince Philip is missing the annual family get together. The Duke has spent a second night in hospital after undergoing minor heart surgery. A stent was inserted into a blocked coronary artery. There’s talk he may have suffered a small heart attack before he was admitted with chest pains late last week. Doctors at Papworth Hospital say he’s recovering well and is in good spirits but will remain in their care for a little longer. So there’ll be no brandy custard or pheasant hunting for him this year.

He’s had a string of visitors including Her Majesty and their children Prince Charles, Prince Andrew, Prince Edward and the Princess Royal. The heir to the throne also bringing his wife Camilla.  Philip’s grandchildren  – including Prince William and Prince Harry – are expected to make the trip to Papworth today as the facility is only half an hour away by helicopter.