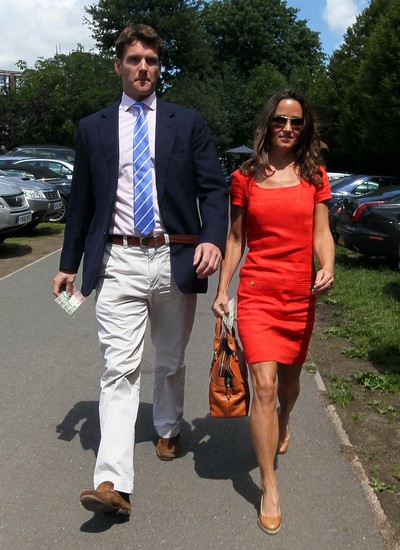 Pippa Middleton has split up for good with her long-term boyfriend, the cricket star turned city banker Alex Loudon after a final series of blazing fights. Pippa has fled to her older sister, Kate Middleton, and her husband, Prince William, for consolation after this crushing end to her romance.

A source told The Sun: “Pippa tried to get over the split by spending last weekend with Will and Kate at Balmoral. She and Alex split briefly in the summer – but this time it’s over.”

Alex’s friend confirmed that the couple ended if following a string of rows in recent weeks.

The source revealed: “It was said after the wedding that Alex was jealous of Pippa flirting with Prince Harry. But the truth is she and Harry are just mates.”

Other friends claim the couple’s breakup stems from old-school Alex not being able to cope with Pippa’s new status as a sex symbol. Just two months ago the couple stunned fellow guests at a friend’s wedding by having a blazing fight right there in front of everyone.

As for her next potential relationship, one friend of Pippa’s said, “She’s always gone for sporty guys. Whoever is lucky enough to win her affections will have to be athletic.” He’ll also need to accept seeing Pippa scantily clad all over the media.