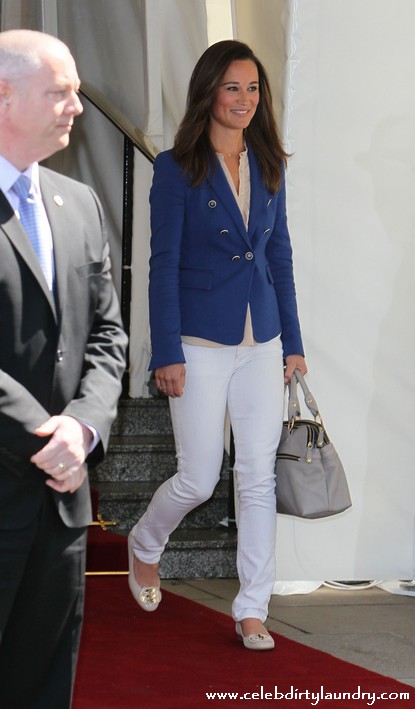 We have have learned that a major adult entertainment company is offering  Prince William‘s wife Kate Middleton‘s little sister, Pippa Middleton, a whopping $5,000,000 to do just one scene of pornography.

Vivid Entertainment honcho Steven Hirsch sent Pippa the letter, saying he thought she was the star of the Royal Wedding and that her “beauty and attitude” would make her a huge adult star.   The fact she had some semi-racy photos surface this week probably didn’t hurt either.

Hirsch is also offering $1 million to another member of her family for doing a scene – her brother James Middleton!  But what does James have to do for that million?

Back in February 2009, Hirsch offered Octomom Nadya Suleman $1 million to appear in a film but she said no.