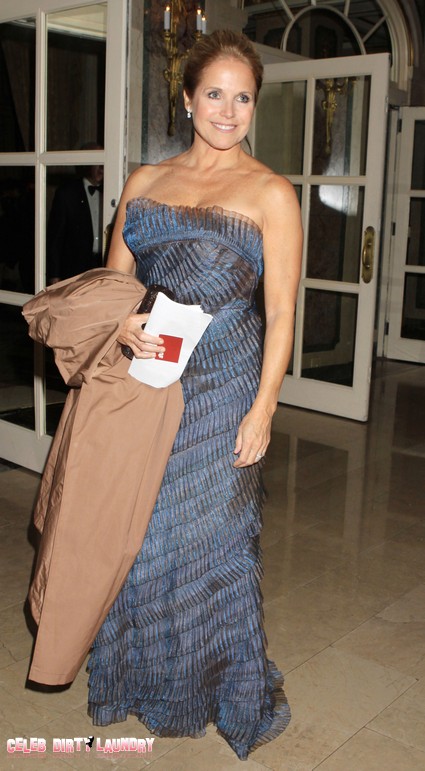 It appears as though ABC’s Katie Couric and her entrepreneur boyfriend Brooks Perlin have ended their five-year relationship.  The couple met at a 2006 fundraiser that benefited cancer research.  If you can remember, Katie’s first husband Jay Monahan died of colon cancer in 1998.

Katie, 54, and Brooks, 37, were said to be “at different stages of their lives” according to a friend.

The news of the breakup might not come as a surprise to some, as back in May she told People Magazine that her relationship with Brooks was “complicated”.  If that’s not a tell tale sign there’s trouble in the water, I don’t know what is.  Perhaps the 17-year age difference played a factor, I wouldn’t be surprised if so.

Despite everything, Katie has a lot to look forward to in the future, including a new syndicated ABC daytime talk show that begins next September.  No doubt, being the strong women that Katie is, she’ll pull through and keep with grace and charm the sincere smile she always carries.