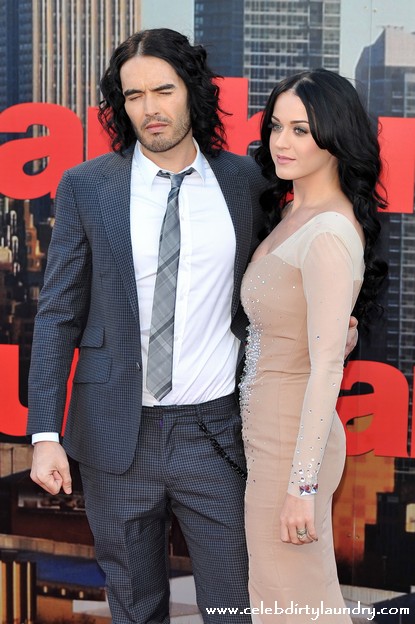 Katy Perry has admitted that she was keen to enjoy her wedding “privately” and not sell the event to the press.  Perry and husband Russell Brand decided to get married last year in India. Speaking to Vanity Fair, Perry explained their decision not to sell photographs of their wedding to a magazine.

“The press is just not your friend when it comes to a marriage,” she said. “That’s why we didn’t sell the pictures of our wedding, and we got offered millions of dollars for them. Millions.”

Asked why they didn’t take the money and donate it to charity Kate said: “Well, I can always do that later for something else – maybe if I have a child. But I’ve seen too much of it with other people – it’s the wrong kind of attention. It detracts from the reason why you exist. We wanted that moment to ourselves.”

However, Perry admitted she used footage of their wedding to boost her Grammy performance because she “felt the moment was right and not forced.”

“Russell and I had time to savour our moment privately first and then share it with people when we were ready, and not for a paycheck,” she said. “I loved the idea, because I thought it was beautiful and artistically accompanied the song I wrote for him. Plus, it was Valentine’s eve!”