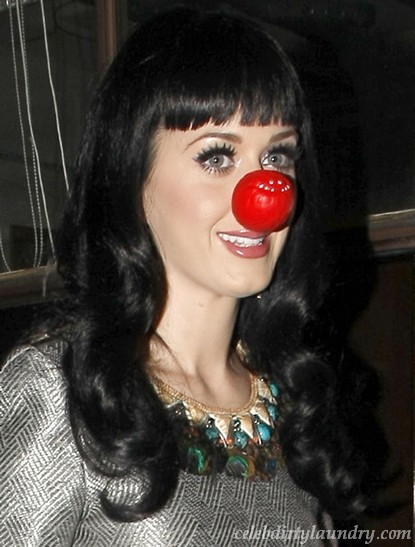 I love it when Katy Perry gets booed for absolutely any reason necessary, but it makes it doubly as sweet when it involves Justin Bieber!

During her concert performance at London’s Hammersmith Apollo on Friday, the songstress asked the crowd if they would like to hear her sing one of Justin’s songs. And the response was less than friendly!

Reportedly, the crowd booed and let her know that she should stick to the bubble gum pop that she’s known for crapping out on a regular basis. She said, “Justin is mine and Russell’s adopted son. We love him dearly. Don’t boo him, guys. Come on.”

I think she totally missed the point there. They weren’t necessarily booing Bieber, they might have been booing her offer to attempt one of his songs.