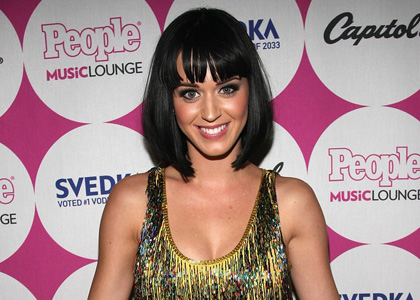 Talk about an accomplishment! MTV recently released their nominees for the 2011 Video Music Awards and the “California Girl” has more nominations than any other star. Some of the categories she’s considered for are Video of the Year, Best Female Video and Best Pop Video.

“I have nine nominations!” Katy shouted. “Nine? I thought that was a typo or something! Oh my god, really? That’s the most nominations I’ve ever gotten for anything. I’m so excited. I’m nervous like it’s my first time.“

Katy has created some amazing music videos this year including “Firework”, “Last Friday Night”, and “Teenage Dream”. She’s bound to win a good amount of those categories she’s nominated for – maybe even all of them? Do you think Katy can sweep the VMAs?