Katy Perry At ‘The Smurfs’ World Premiere In NYC – Photos 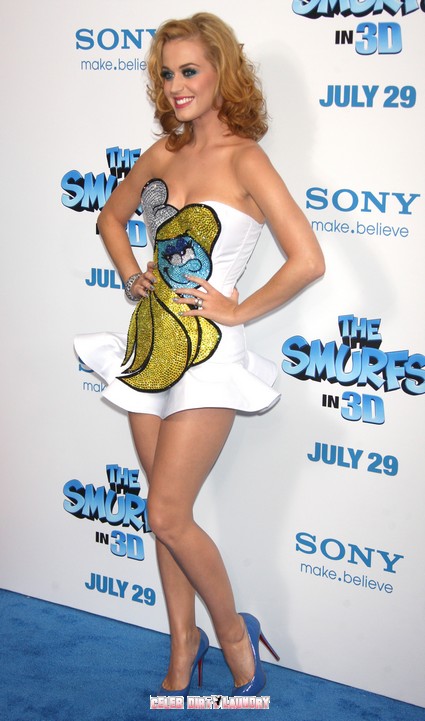 Mrs. Russell Brand, Katy Perry,26,  at the world premiere of  ‘The Smurfs’ at the Ziegfeld Theater today July 24th, 2011 in New York City.  The movie directed by Raja Gosnell the film begins in the middle ages when the evil wizard Gargamel chases the tiny blue Smurfs out of their village, they tumble from their magical world and into ours.   The movie stars Katy Perry, Hank Azaria and Jonathan Winters.  The movie was filmed in New York City and on on sets at Kaufman Astoria Studios in Queens

The Smurfs began as a comic strip series by Belgian cartoonist Peyo in 1958. But most people know them from the hit animated TV show that aired on NBC from 1981 to 1989.

The movie hits theaters in New York city Friday.  Will you be going to see the movie?  Let us know in the comments below!

Click on the thumbnails below to enlarge 6 more photos of Katy!