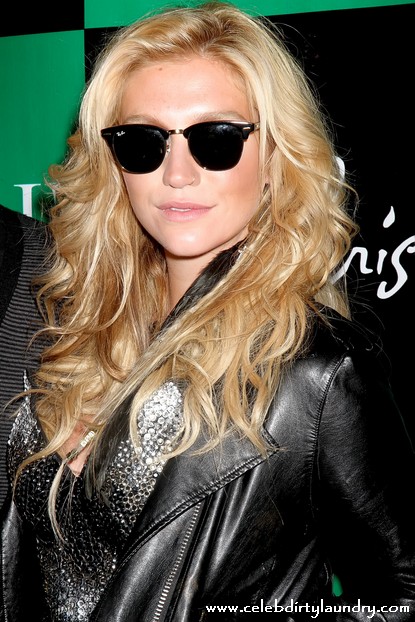 Ke$ha’s mom never throws anything away.  Pebe Sebert, the woman who gave birth to Ke$ha, decided that the placenta that housed the pop star would come in handy one day. Ke$ha says that while her mom was rummaging about in the basement one day she found the placenta, “crushed it up, and made into a necklace that I wear every day to improve my psychic abilities.”

Ke$ha thinks that the wearing the placenta, which houses and connects a baby to her mother while they are in the womb, improves her extrasensory perception.

Ke$ha, who is currently preparing for her ‘Get $leazy Tour’ of North America, says while some people find her act – which features risque songs about drinking, partying and sex – controversial, she will not apologize for her behaviour. Her personal mantra is “be yourself, unapologetically, f***ing always.”

The pop star added there is already plenty of sex in the mainstream, adding: “‘Golden Girls’ is my favourite TV show – It’s like ‘Sex and the City’ but in the golden years, and I love that all those old ladies talk about sex as much as I do.”