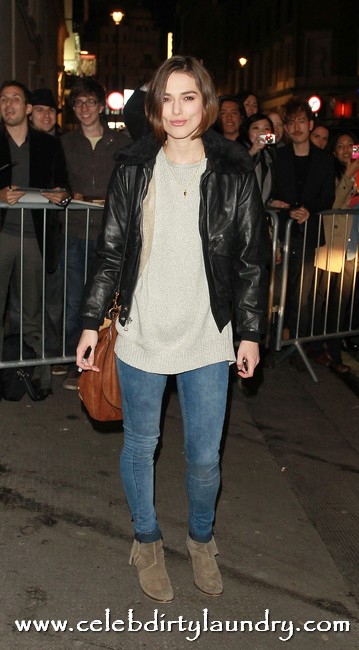 Keira Knightley recently broke up with longtime boyfriend Rupert Friend. She was caught kissing her new beau James Righton in Hoxton Square in London.   Righton is a member of the  a British indie rock band “The Klaxons”.

The two met when starlette Alexa Chung introduced them to one another. Alexa and James had dates in 2006, but then broke up and remained good friends.  Keira and Rupert broke up over Christmas, and her father described it as “unfortunate”.

Keira was dressed in a vintage-inspired minidress, brown oxfords and a cropped jean jacket from H&M. Keira and James were spotted walking around the actress’ Hyde Park neighborhood arm-in-arm.   Do you approve?