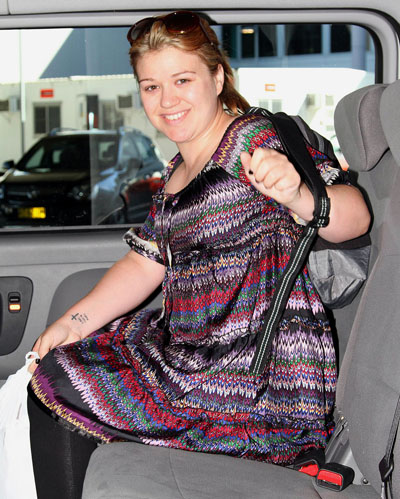 Pop stars and politics do not mix, evidently.

A week before the first U.S. Republican presidential primary in Iowa, Kelly Clarkson, who claims that she is a Republican who voted Democratic in 2008, Tweeted her support for GOP contender and fellow Texan Ron Paul.

“I love Ron Paul. I liked him a lot during the last republican nomination and no one gave him a chance,” the 29-year-old singer wrote. “If he wins the nomination for the Republican party in 2012 he’s got my vote. Too bad he probably won’t.”

According to the Washington Post, the informal endorsement caused a lot of backlash on Twitter, with one user calling Kelly “stupid” and another writing: “Now THAT is how you get someone to unfollow you on Twitter … and in your career. Good luck — you’ll need it.”

One Tweet also referenced the controversial, racist statements that were recently dug up from Ron Paul’s newsletters in the 1990s: “Wow, so a pop star endorses a lunatic racist, homophobe and anarchist? Kelly Clarkson, you need to look at Ron Paul closely.”

Later, Kelly responded to the detractors: “I am really sorry if I have offended anyone. Obviously that was not my intent.”

And although other celebrities have been vocal about their political opinions as of late (most notably, Matt Damon, who recently said that President Obama lacked “balls”), we think Kelly should stick to what she knows best and only endorse American Idol and X Factor contestants.