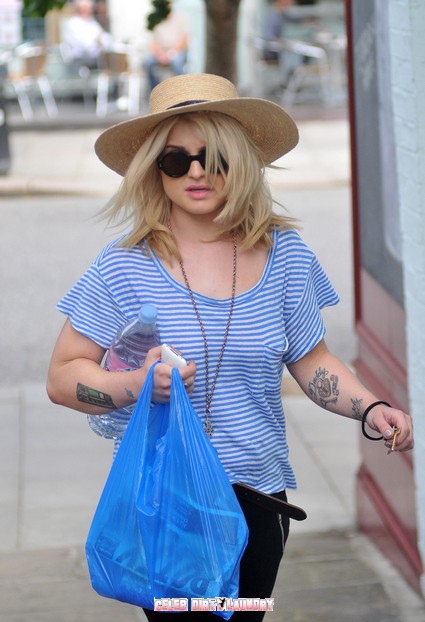 When Kelly Osbourne was asked for her thoughts about The Duchess Of Cambridge, Kate Middleton, after she recycled an outfit at Prince William’s cousin Zara Phillips’ wedding last weekend she said:

“I’m sorry, but if I had that job I would only wear it once. If I am going to be the future b**ody Queen of England I’m going to wear that dress once because I’m giving up the rest of my life, all of my privacy. At least I can get a new dress every day!”

The TV star explained in an interview with Jay Leno that wearing the dress twice would go down well with struggling Brits but as the future queen of England she should have access to a never-ending wardrobe allowance.

Kelly said, “In England they’re like, ‘Look how thrifty she’s being, showing the British public that the Royals are in a recession as well.’ Only in the U.S they call it a faux pas.”

Tabloid reports in Britain claimed Kelly had slammed the Duchess but she has since taken to Twitter to explain her remarks.

Osbourne tweets, “I didn’t talk s**t about Kate Middleton. Saying she deserves a new dress every day is not talking s**t last time I checked, thank you.”  “I said ‘deserves’ not ‘should have’ or ‘needs’. Why am I an a** hole because I think she deserves a new dress every day?’  “I just don’t get why they feel the need to even make stories up about me when I already do and say enough stupid s**t to last them a lifetime.”

Frankly Kelly was out of line criticizing anything Kate or anything about Kate’s fashion choices. On Kelly’s best day she is about as attractive as one of the horses in Kate’s stable. Learn when to shut up Kelly.