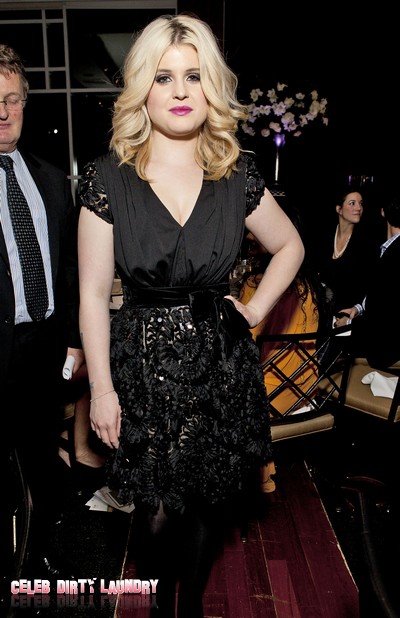 Kelly Osbourne has leaped to the defence of her pal Miley Cyrus – this after Miley apparently said she was a ‘stoner’ at her birthday party last week. Responding to the crush of Internet reporting claiming that Miley has finally admitted being a marijuana addict Kelly blasted out on Twitter: “Let me make something very clear after @MileyCyrus salvia incident we started calling her bob miley as a Joke! the cake was also A Joke! it makes me sick that @MileyCyrus’ so called ‘friends’ would sell her out and lead people 2 believe she is someone that she is not!”

Kelly went on to try to explain that Miley could not be so productive if she was a big weed smoker – which is absurd of course. There are many functional drug addicts and alcoholics who work very hard and are very productive. Here is Kelly trying to use logic to deny Miley’s smoking: “u guys if @MileyCyrus is not recording/filming/touring she works everyday how could she possible do all that if she was a stoner! think.”

At her private 19th birthday party at the Roosevelt Hotel Beacher’s Madhouse Club in Los Angeles Kelly presents a cake to Cyrus emblazoned with the face of a ganja icon, and Miley remarks: “You know you’re a stoner when friends make you a Bob Marley cake – you know you smoke way too much f***in’ weed.”

“I thought salvia was your problem, man?” joked Kelly, in a reference to the infamous bong video that surfaced after Cyrus’ 18th birthday party last year, in which Miley was caught smoking what she later claimed was the legal herb, salvia.

What is the truth here? Is Miley a big stoner or was it all a joke? Let us know in the comments below.