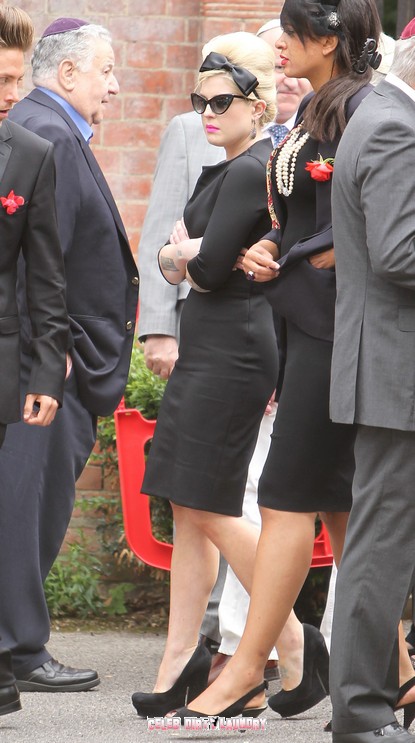 Amy Winehouse, 27, funeral took place today in London today.  Family and friends pictured above and below arrive for the funeral service at Edgwarebury Lane cemetery in London, England on July 26, 2011.   The service was in accordance with Jewish tradition.  After the service Amy will be cremated at Golders Green Crematorium in London.

Among those who attended the service were her family and friends Kelly Osbourne, boyfriend Reg Traviss, music producer Mark Ronson and fellow band mates.   Fans were not allowed to attend the service.  Amy’s rep said: “It will be a small, private event for a few friends and family.”

Amy’s ex-husband Blake Fielder-Civil was not at the service.  Amy’s father Mitch Winehouse did not want him there he felt it was an insult.  Regardless Blake had already been denied compassionate leave from Armley prison in Leeds, where he is serving 32 months for burglary.

Click on the thumbnails below to enlarge!  For more pictures go over and visit our sister site EARSUCKER HERE.