Kelly Osbourne Shouts Out: ‘Christina Aguilera Is A Fat Bitch’ 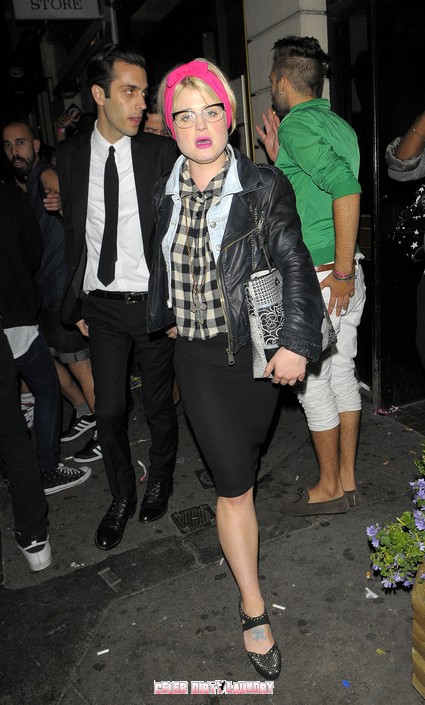 Kelly Osbourne has said that Christina Aguilera is a ‘Fat Bitch’ during an episode of ‘Fashion Police.’  It all started when the irascible Joan Rivers said Aguilera looked “stuffed into” a Givenchy LBD at an event in Munich last month and Osbourne chimed in: “Maybe she is just becoming the fat bitch she was born to be. I don’t know. She was a c**t to me. And she bought my house!”

For good measure Joan described Aguilera as “Snooki’s Scandinavian cousin.”  Osbourne’s digs at 30-year-old Aguilera’s fluctuating weight didn’t end there. “She called me fat for so many f***ing years,” Osbourne continued, “so you know what? F**k you! You’re fat too.”

Ironically, Osbourne opened up last Feb about her own weight struggles. “I took more hell for being fat than I did for being an absolute raging drug addict. I will never understand that,” said the reality star who has checked into rehab for drug and alcohol addiction at least three times.

The 5-foot-2 Osbourne, who once weighed “almost 160” pounds, recalled once walking down the street when “some horrible obnoxious teenager screamed out a car window to me, ‘You’re fat!’ I went to my parents [Sharon and Ozzy] bawling, ‘I would rather be called ugly than be called fat!'”

After years of yo-yo dieting, Osbourne shed more than 48 pounds thanks to her 2009 stint on ‘Dancing With the Stars’ and she’s managed to keep it off.

Talking about her exercise Kelly said “I just commit to half an hour a day. It doesn’t seem overwhelming and I can handle that – I do half an hour on the treadmill and when I feel like doing more, I’ll do a few sit-ups and some weights.”