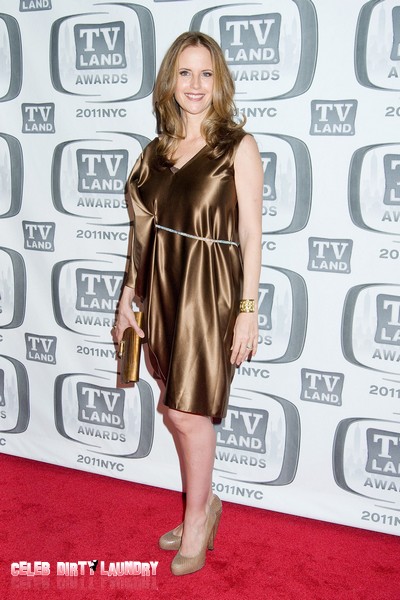 Kelly Preston really chubbed out when she was pregnant but now has lost 39 lbs through Scientology magic to help regain her pre-pregnancy figure.  Kelly is of course married to the major Scientology freak John Travolta and of course is an adherent of the weird and sinister cult herself.

The 49-year-old Kelly gave birth to son Benjamin, her third child with Travolta, just over a year ago and revealed that as an older mother she was worried about losing the baby weight but is now thrilled with her new physique.

Along with her delight over her weight loss, Kelly revealed the couple are besotted with Benjamin and can’t believe he is already one year old.  She said: “We just celebrated Ben’s first birthday. I can’t believe it’s already been a year.”

Kelly and John’s eldest child, 16-year-old Jett tragically passed away three years ago when he suffered a seizure while on a family holiday in the Bahamas and the actress – who also has a daughter Ella Bleu, 11, with Travolta – has previously revealed Benjamin has helped the entire family to cope with their loss.

She said: “It’s been wonderfully healing. Of course, you know, we still – it’s still every day. But it’s been, I think, a really nice gift for a lot of people throughout the world.  We’ve gotten the most beautiful letters. And the most beautiful notes of happiness. And I think – just sort of a sigh of relief, a bit. And that’s been really nice to sort of share that with people.”

Sadly, we can’t take anything said by Scientologists at face value. They believe that Xemu, the dictator of the “Galactic Confederacy” 75 million years ago brought billions of his people to Earth in a DC-8-like spacecraft, stacked them around volcanoes and killed them using hydrogen bombs.

L. Ron Hubbard said just before inventing Scientology, “Writing for a penny a word is ridiculous. If a man really wanted to make a million dollars, he’d start his own religion.”