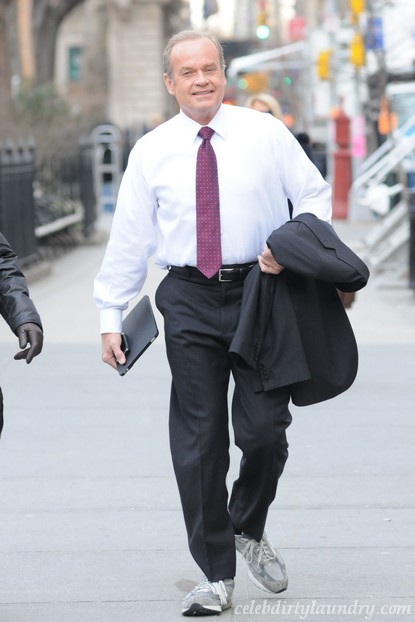 Kelsey Grammer is in a big hurry to tie the knot with his girlfriend, Kayte Walsh! And now that he has struck a deal for divorce with his current wife, Camille, he may actually get to marry Kayte by the end of the month!

The Frasier actor already sent out the invitations to his wedding, and now he just might be able to keep the date!

Kelsey’s lawyer met with Camille’s lawyer and they have hashed out a deal earlier today, so that the judge can go ahead and grant the divorce and leave the property issues for another time. The only problem? Neither party has signed the settlement paperwork, so the judge isn’t able to enter the divorce decree yet.

Good news, though. Both Kelsey and Camille will have the signed settlement back to the court by Thursday, so it’s likely that Kelsey’s wedding will go on as planned.