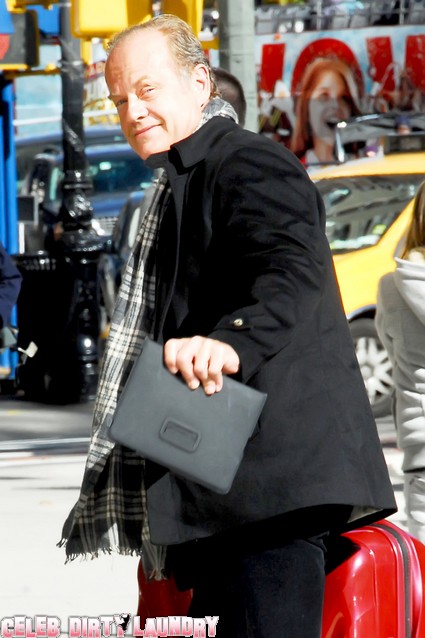 Kelsey Grammer is deeply involved in a major $100 million on-line scam, initially promoting the operation but later claiming that he was a victim.

Kelsey claims his name and likeness were used without his permission on a website called Staropoly.com, and Grammer is now caught up in a lawsuit against the site’s parent company, TODHD, which is being investigated by the Federal Bureau of Investigation.

But Kelsey admits he initially helped to promote the site. Now he disavows the business and says they were not legitimate, taking him for $200,000.

A 27-count lawsuit was filed in the Los Angeles Superior Court on August 15, accusing those behind the website of grand theft, extortion and credit card fraud.

According to the lawsuit, the site was “an illegal pyramid scheme operation in order to commit credit card fraud, with no monetary return to its associates.”

More : Is There Trouble In Paradise For Kelsey Grammer and New Wife Kayte Walsh

Now that the company is in hot water Kelsey is trying to distance himself from the scandal. His rep said: “He told them consistently, ‘You have no right to use my name,’ and he then hired a lawyer.  He told them, ‘Remove me from this site immediately.'”

‘Too Close For Comfort’ actress Lydia Cornell is part of the lawsuit seeking $100 million from those behind Staropoly.com, claiming she invested in the site that was nothing more than a credit card scam.

What is the truth? What is Kelsey’s true involvement? This is still unknown. One thing that it is obvious that his last wife, Camille, was the business brains in that team.