Kelsey Grammer Is A Cross-Dresser? 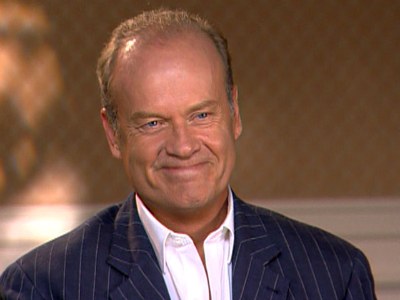 You really can’t make this stuff up, can you? According to Kelsey Grammer’s ex-wife, Camille, the Frasier actor is a cross-dresser!

She went on Howard Stern’s radio show and said that while Kelsey isn’t gay, he does like to dress up in women’s clothing. Nice.

Sources connected with “Real Housewives of Beverly Hills” tell TMZ Camille has made the same claims to the cast.

Kelsey’s rep, Stan Rosenfield, tells TMZ, “While it is not clear why Camille Grammer continues making public statements about her marriage to Kelsey, it is crystal clear that Kelsey will continue not responding, regardless of content.”

I guess revenge is a dish best served hot? I can’t imagine why she would make that up, though? Perhaps Kelsey really does like to wear women’s clothes? I say, pics or it didn’t happen.