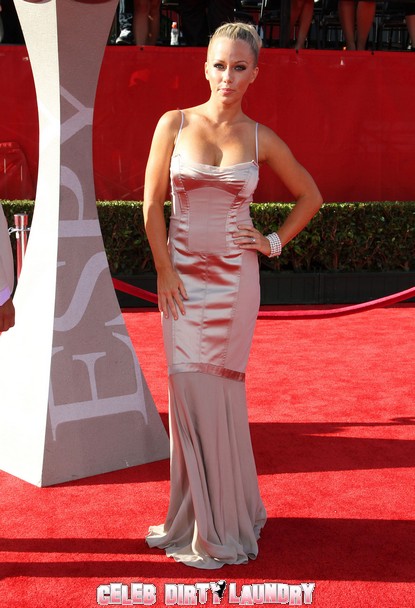 Crystal Harris did the worst thing that she could have done once she left Hugh Hefner before marrying him, she smack talked his bedroom skills to Howard Stern.

Sure, she later apologized for calling Hef a “two second” man and saying that she wasn’t turned on by him, but there’s one person that hasn’t forgiven her: Kendra Wilkinson. The former Playmate and girlfriend of Hef’s, didn’t take too kindly to the words that Crystal used to describe Hef. So, as a result, she’s tossing out a few words of her own. Trash, for instance. As in, Crystal is trash.

In a new interview with Life & Style, Kendra said, “I thought she’d be classy about things. But it’s not classy how she’s opening her mouth the way she is.”

This is coming from the girl who has no shame, has starred in her own sex tape and has the most annoying laugh on the planet. When Kendra Wilkinson calls you out for being trashy, it’s really a new low.

Kendra said, “She should’ve kept her mouth shut, been a bigger person and just walked away. She looks like trash.”

She went on to say that Hef should just let it roll off his shoulders and move on. She added, “Hef’s been Hef for how many years now? He needs to move on and keep living his life!”

Agreed! I never thought I would take Kendra’s side in anything, but she’s got a point! What do you think?