Khloe Kardashian and Lamar Odom to Have Baby? 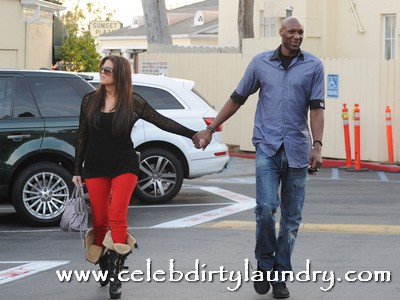 It has been reported that happily married couple Khloe Kardashian and Lamar Odom are working on a newest addition to their family. The couple got married back in September 2009, after knowing each other for only one month. The couple’s new reality show “Khloe and Lamar” airs this Sunday, replacing “Kourtney and Kim Take New York”.

Last night Lamar told E! news, “Practice makes perfect. I’m a great shot at basketball, so hopefully it will be soon!” It’s good to see the NBA player hopeful at the idea of starting a family.

Lamar, nicknamed “Lamlam” by the Kardashians, said that he wants a little boy named Luke Joseph, his middle name and his dad’s name. Khloe wants either a boy or a girl, either one named London. It would be interesting to see the 6’10” LA Lakers star with a baby boy named London.