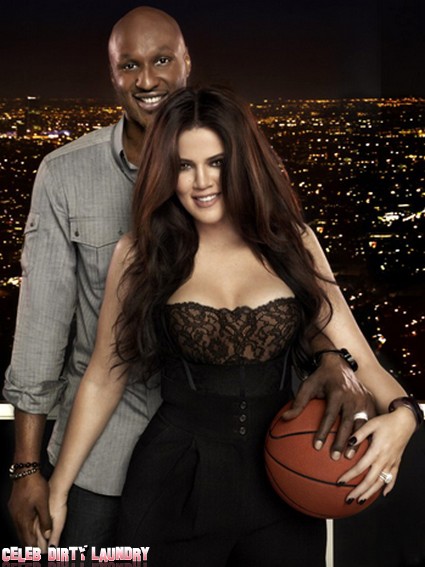 Khloe Kardashian is a proud wife. Especially when Lamar Odom is on the court. So when he was ejected from his new team The Dallas Mavericks – during his very first game on Christmas Day – she called a foul on Twitter. The reality TV star took out her mobile and tweeted her frustrations to her millions of followers.

Khloe’s first tweet read  ‘I have no idea how Lamar just thrown out?! I’m sitting right here and I didn’t see two techs? Can anyone help me here?’ She continued ‘Lamar did NOT deserve to be ejected! Come on refs! Come on Mavs!!!! Let’s do this!!!‘ A fan explained what happened and then a happier Khloe let her fingers do the talking once more ‘‘Wait I LOVE the Dallas Mavs Maniaacs!!!!! LOL‘

She  may have been sitting in the bleachers in Dallas cheering her husband on but she was no doubt missing her close knit family. She looked sad at times and even distracted. All the other Kardashians were back in LA sharing Christmas together. This was Khloe’s first holiday season on her own.

But Santa wasn’t smiling on the Mavericks. Lamar’s new team losing the home game against the Miami Heat. He was recently traded from the LA Lakers.

Khloe was super busy on Twitter on December 25. There were messages going back and forth between her and the family to make up for their separation.  She thanked Kim Kardashian for her present admitting  it made her upset ‘ The sheets you sent me had such an effect on me! LOL I am such a baby’ Kim responded ‘don’t cry khloball! We will snuggle as soon as your home!’