Kiefer Sutherland Brings Jack Bauer Back To The Big Screen 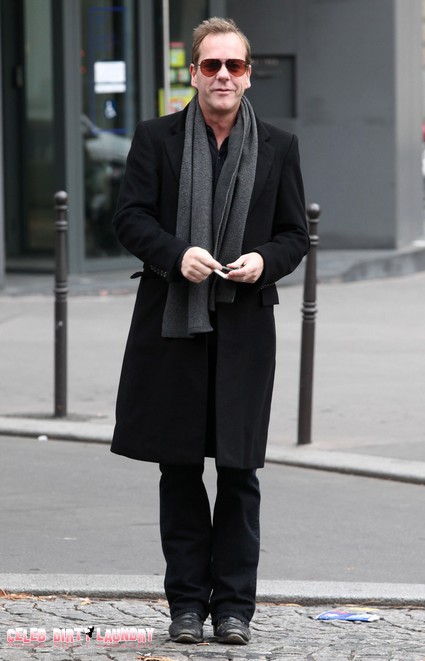 After eight seasons on the small screen Kiefer Sutherland‘s alter ego Jack Bauer is headed for Hollywood. The ’24’ movie is finally a definite go. The script should be finished by the end of the year – with shooting to begin in April 2012.

The big screen version has been a long time coming. There was talk of a movie between seasons six and seven. It didn’t happen. Then promises the popular TV drama would follow up last year’s season finale with a film. That was also shelved. But it looks like being a case of third time’s a charm.

Kiefer Sutherland is all for the planned movie and has spoken about it many times. But not in any great detail. He’s hinted at how the ’24 concept’ could be turned into a two hour film….but we’re yet to see how. Someone obviously has worked it out though with a script now just weeks away.

Adapting TV for the box office can be risky. Sometimes it works – like The Brady Bunch, Charlie’s Angels and Sex and the City. Sometimes it doesn’t – anyone remember ‘Miami Vice’ with Jamie Foxx and Colin Farrell? Or the A-Team with Liam Neeson and Bradley Cooper?

So with the Director yelling action in the Spring on ’24 – the movie’ we should see the return of Jack Bauer next Christmas. Fingers Crossed. In the meantime we’ll have to make do with our well worn 24 box set and the video game. Of course if it’s Kiefer you are craving and not ’24’ in particular, note that he is slated to return to primetime in the upcoming FOX TV drama, Touch. Kiefer plays Martin Bohm, a widower and single father unable to connect with his mute 11 year old son until he discovers his son’s ability to see patterns and numbers that connect seemingly unrelated events.