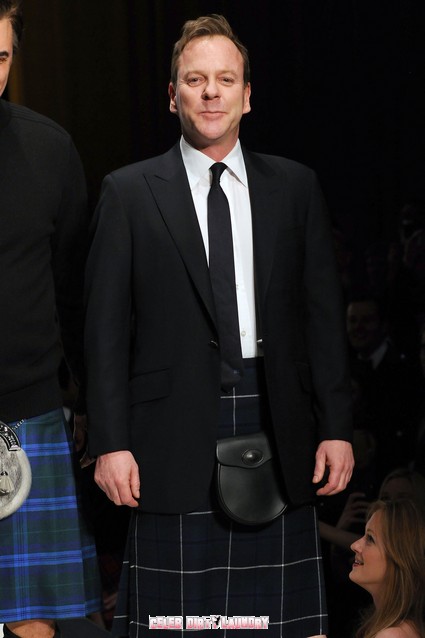 Good news for all you fans out there, at least those of you who are romantically inclined and female – Kiefer Sutherland is single again.  The ’24’ star has split with his girlfriend, Siobhan Bonnouvrier, after a fairly long relationship.

Keifer has been dating Allure magazine style director, Siobhan Bonnouvrier, since 2008, but the romance has now come to an end, according to the New York Post’s Page Six.  Although Sutherland has since been linked to another woman, New Yorker Eleanor Propp, she is adamant there is no romance, telling the gossip column, “I am not dating Kiefer we are just friends.”

Keifer was previously married to Camelia Kath, the mother of his daughter Sarah, and Elizabeth Winn. Famously he was also engaged to Julia Roberts, who dumped him just three days before their planned wedding in 1991.