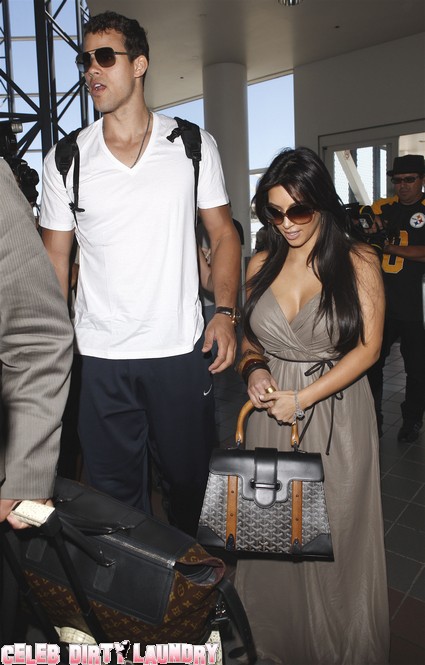 Kim Kardashian has another season of the reality show ‘Kourtney & Kim Take New York’ to film soon. This means that the prima donna newlywed will need to be in New York City and needs a place to stay – preferably with her husband Kris.

Fortunately the couple has a place they consider worthy – The Gansevoort Hotel on Park Avenue South.  The pair will be moving into a $7,000-a-night penthouse where they will be reminded of their names – just in case they forget – by having their matching initials – K&K – on monogrammed towels, sheets, pillow cases and even Champagne bottles.

What do the two eat for breakfast – Special K?

But all is not well in K land as Kim is pissed off at People Magazine. Although well within their rights to present the wedding pictures as they wish, having paid $1.5 million for them, completely excluding Kris from the cover was not to Kim’s liking.

An inside source said “It was supposed to be her and Kris. She is worried about his family thinks. She doesn’t want to alienate them.”

Kim’s rep said, “Kim of course wanted Kris to be on the cover, but it was People’s decision…everyone, including Kris understood…No one is upset.”

Actually its better that Kris gets used to being the invisible man early on in the marriage. If he or his family ever thought he was meant to be more than a prop for Kim then they were fooled.