Kim Kardashian Breaks Down, Cries – ‘More Naked Than In Playboy’ 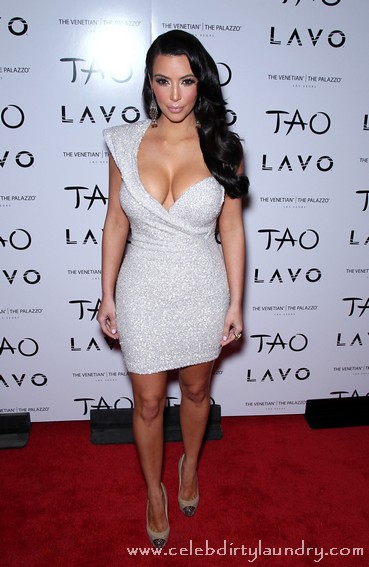 Kim Kardashian has admitted that she was initially “shocked” when she saw the results of a recent nude photo shoot.

This week’s episode of ‘Kourtney & Kim Take New York!’ saw the star breaking down on seeing her finished shoot for an art publication.

“I was naked but fully covered in silver paint,” she explained to Kourtney during the episode. “This artist will put images of architecture and buildings and stuff on top of me so you will see my body shape and the outline but not actually my boobs or anything.”

However, when the pictures arrived she broke down in tears at how much nudity was on display, blubbering: “I’m more naked here than I was in my Playboy.”

Let’s call these ‘Krockadile Tears’ and not lose any sleep over them.

During an appearance on Ryan Seacrest’s radio show, she explained that although she now “loved” the images, she had initially been surprised at how different they were to what she had expected.

“I love it now and I’m glad that I did it, but when you are told something and it’s not what you think it’s going to be, I was so shocked,” she said. “I felt like I’d been here and done this and kind of wanted to move on from that.  “At the end of the day they are gorgeous photos and I’m glad I did it and I love them, but at the time I was shocked about how they weren’t how I thought they would be.”

She admitted that she could not complain about the finished feature because she had been aware she was posing nude. “I knew what I was doing,” adding. “I took my clothes off, I did a nude shoot but it wasn’t supposed to be that way so I was upset.”

The star’s new reality series ‘Kourtney & Kim Take New York!’ follows Kim and Kourtney as they relocate to Manhattan from Los Angeles to launch a third branch of their Dash boutique.