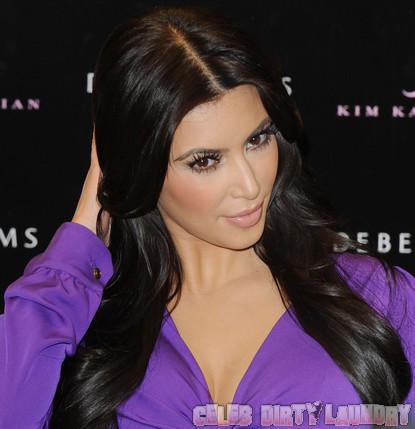 Kim Kardashian has commissioned a top costume jeweler to make a replica of her $2 million engagement ring. Apparently, walking around with a ring worth half as much as your house would be kind of worrisome.

When her fiancee, Kris Humphries, proposed, he presented her with a 20.5 carat diamond engagement ring. Now, she fears that something will happen to the ring, so she is having a fake made.

A source said, “Kim is having a replica of her ring made. It’s going to be perfect and really difficult to detect that it’s a fake to the untrained eye. But, it will be a huge weight off of Kim’s mind. Walking around wearing a ring that’s worth around half the value of her house worries her sick, but at the same time she wants to wear the ring all the time. Kim is totally in love with it, as she is Kris, and she wants to show it off. This, she believes, is the perfect solution.”

The pal went on to reveal, “She will wear the real thing when she goes to special events or when she feels comfortable, but when she’s just tooling around she can wear her decoy. Mind you, the decoy is still going to be pretty valuable! Kim has chosen a great jeweler who specializes in costume jewelry and he’s going to make a fantastic replica. This isn’t going to be some tacky cheap looking bauble like you would win at an arcade, it’s going to be absolutely classy and top notch – just like Kim!”

“Classy” and “top notch”?? These are not words we’d use to describe Kim. Kris Jenner, is that you???