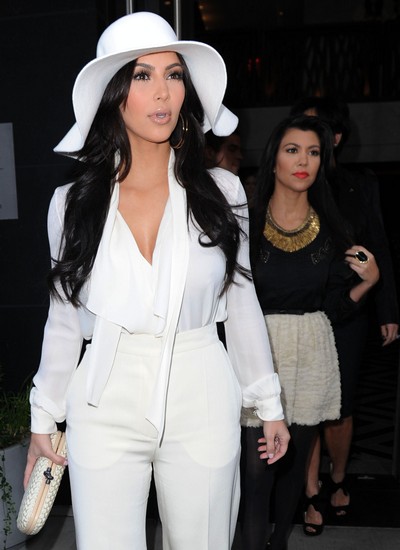 So it finally looked like Kim Kardashian had found a purpose in life.  Well, ok, maybe we are reaching too high here – rather than a purpose, it looked like Kim Kardashian had found something to do other than appear at every red carpet on the westernised world (sometimes she has been even spotted in two different places at the same time) and infest our television screens along with her multiplying family members (I’ve lost count here) with her inane and utterly uninteresting reality show.

As it appeared, Miss Kardashian’s dreams to be a fashion designer had come true a few weeks ago when she launched her very own line of jewellery, called Belle Noel.

Yet as we were just about to open bottles of bubbly and cheer with her (not), we heard Kim had a bit of a kerkuffle with another jewellery designer (a real one this time), Alexis Bittar, who used to lend her his creations but is now refusing to do so.

Is he jealous, we ask? Much worse: as Alexa from the New York Post reports, Bittar “suspects she has been ripping off his designs for her own collection”.

“I have told my staff we cannot send anything to her”, he declared. “She was definitely influenced by my designs without a doubt”.
Ouch! But it doesn’t end here. Bittar went on to shatter our own dreams when he hinted at a painful truth: that she might not even be a designer at all. “She might not even know. She might be so far removed from (the design process) and her designers just go shopping and knock things off”.

Oh gosh. We knew it…