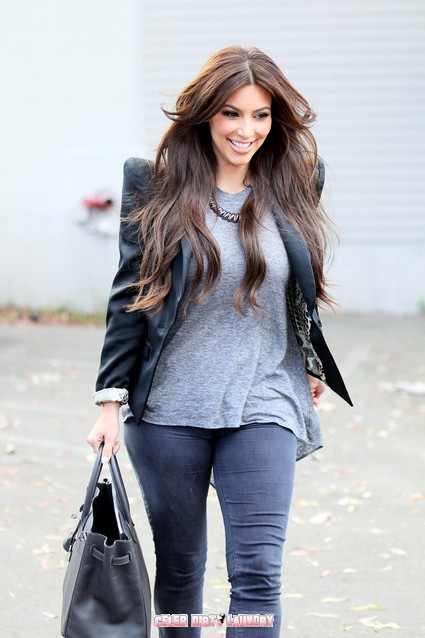 This one deserves to be filed in the ‘who cares’ department but just for the sake of completness we report that Kim Kardashian is sticking up for her little sister, Khloe Kardashian, against the rumors of her pregnancy.

The Internet started buzzing again yesterday with searches of ‘Khloe Kardashian pregnant’ with no apparent evidence other than some pictures that suggests Khloe may be pregnant.

Kim responded with: “I feel like she gets this all the time. It’s like every other week. I think I’d kill myself if I had to deal with that. It doesn’t feel good when you’ve just gained a little weight.”

On the other rumors that Khloe and Lamar’s new reality show will tear them apart, Kim Kardashian goes on to say:

“I just feel like they’ve said that about other families as well — the family kind of breaks apart [after doing reality TV]. But I think, if anything, ours has only gotten closer and closer,” Kim said

“How do you think Khloe feels every time rumors surface about her being pregnant? At this point since Khloe and Lamar have been steadily trying to conceive ever since they were married, Khloe and Lamar may be facing infertility. It can be quite depressing facing such a private matter in the public. I just don’t really believe in those kinds of stereotypes. It’s only done good for our family. If it’s bound to be that there’s issues, those will come out anyway – with or without a show.”