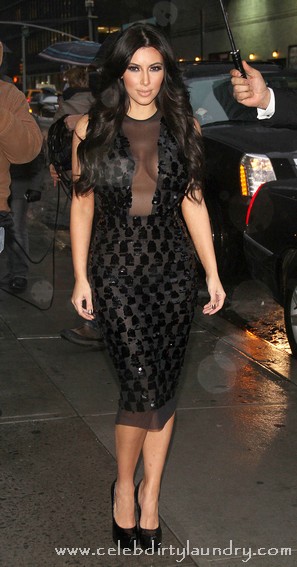 And Kim figures it’s time to crack the big screen big time – an how better to do it than as a Bond girl!

“I would love to be in a Bond film, a Bond Girl!” Kim said as she walked into the Screen Actors Guild Awards.  Adding “That would be the ultimate.”  “There are a few offers on the table, but I definitely want to make the right decision for the right part.”   Kim is considering other roles as well saying: “I love acting, It’s challenging for me, and I love it.”

Kim will join a list of some very successful actresses including, Ursula Andress, Jane Seymour, Teri Hatcher, Halle Berry, Diana Rigg, and Kim Basinger – if she lands the role.