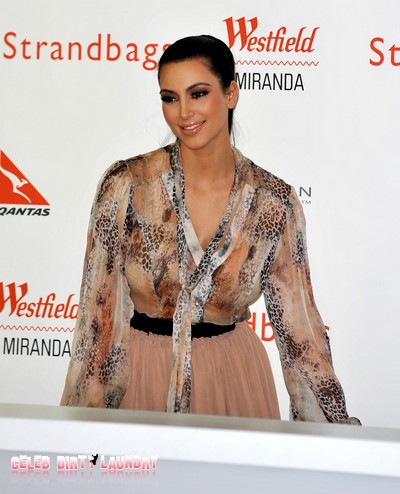 Kim Kardashian doesn’t want “a battle” with Kris Humphries – she expects that Kris will fold like a house of cards and give in to her. The last thing Kim needs now is a drawn out ugly legal battle with her husband as she tries to get a divorce. Already public opinion is against Kim for what is seen as her cynical use of the institution of marriage.

Kim filed for divorce from the Kris after just 72 days of marriage in October, but this week the NBA star made an application to have their union annulled – on Wednesday Kris filed formal papers claiming that he was defrauded by Kim into getting married. While Kim is “upset” by her estranged spouse’s move, she is hoping they can resolve things – which getting Kris to submit to her will.

A source told People magazine: “The filing is, of course, upsetting. She respects Kris and just wants them both to find peace and move on . Kim doesn’t want a battle. Kim is sad how things ended up. The split was a devastating decision from the beginning.”

Meanwhile, Kris is said to be against divorce for religious reasons so is planning to ask for legal separation extended indefinitely if his petition for annulment – for which he cited “fraud” – is not granted, TMZ reports.

An indefinite separation would prevent both the basketball player and the ‘Keeping Up with the Kardashians’ star from marrying again, but legal experts believe Californian courts will grant Kim’s divorce petition.

We are on Kris’ side all the way here, what about you?  Let us know in the comments below.