Kim Kardashian Is Not Ready For Babies 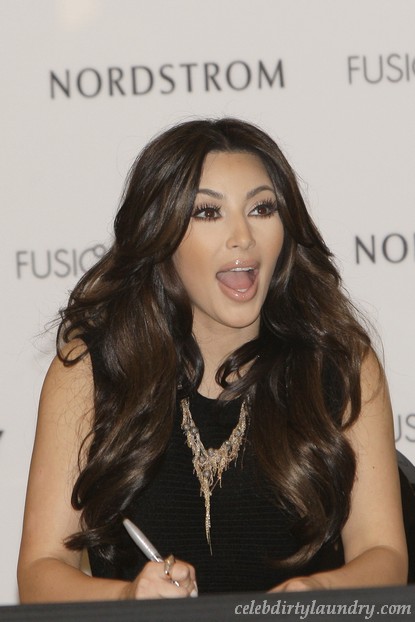 Previously, Kim Kardashian has hinted on Twitter that she wants to have babies with her boyfriend, Kris Humphries.

Now, she is saying that even though she said all of that, she really isn’t ready to be a mother just yet. So she doesn’t want to crank our her own moneymaking babies like her mother did?

In a new interview, she revealed that her career is keeping her busy so a family isn’t on the horizon just yet. When asked about having kids, she said, “Not anytime soon. But I never know what the future holds.”

She has said that she is very happy with her current boyfriend, saying, “I think I haven’t found one thing wrong with him, let’s just put it like that.”

Perhaps she’s just waiting for Paris Hilton to announce that she’s pregnant, so she can steal the spotlight from her on that? What do you think?