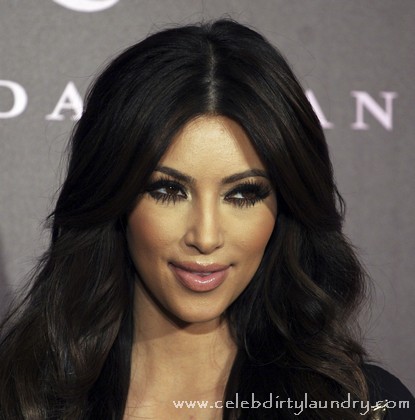 I am proud to say I have never watched a single episode of Keeping Up With The Kardashians or Kourtney & Kim Take New York.  I would never waste my time watching such no talent bums.  Today I am embarrassed to say I took a look at a clip of last nights show and just when I thought Kim Kardashian could not get any dumber she goes ahead and surpises me.  On last nights episode of Kourtney & Kim Take New York she assumes that a guy Marco was gay because he liked fashion and that he could tell her shoes were Louboutin.  What a moron most people know red soles on shoes means Louboutin’s.  It certainly does not mean you are gay.  The girl seriously needs to get out more or grow a brain.  I on the other hand need to NEVER watch even a clip of this show again!

On last night’s episode of Kourtney & Kim Take New York, the sisters were introduced to a marketing consultant who complimented Kim on her shoes. She was impressed because he could tell just by looking at them what brand they were (Louboutin), despite the fact that the red soles make them probably the easiest brand of shoe to identify. Kim decided not only that this man was gay but that she wanted to make him her “shopping buddy,” inviting him into her dressing room while she tried on clothes.  Then she brought him to a gay bar, where she tried to set him up with one of her gay friends.

In the  small clip of last night’s show the scene was awkward and offensive.  Brainless Kim does not want Marco to be her friend because she likes him – she wants him to be her friend because she thinks he is gay and she believes it is politically correct to have a gay friend.  Doesn’t that say everything about Kim Kardashian – everything she does is for a reason.  She is 100% phoney!