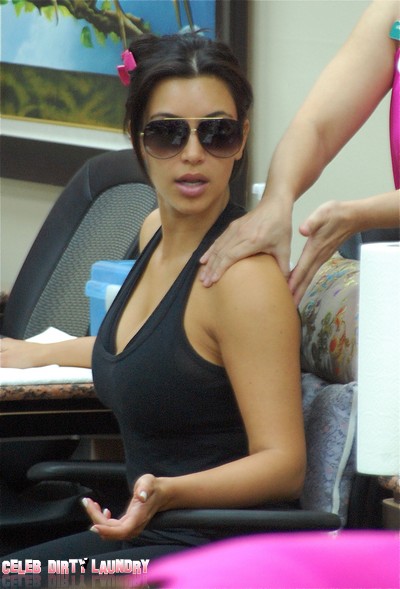 At club Lavo on Saturday night, a solo Kim Kardashian spent the evening texting and facing in the opposite direction of surrounding club goers. The reality star donned a Poison Ivy costume but was not in a festive mood. Surrounded by few friends, Kim seemed more like an anti-social zoo animal than a party hostess. Now the reasons for her publicly withdrawn behavior have come out! After just 72 days of marriage, she has decided to split from Kris Humphries.

The couple had not been spotted together for some time and were usually seen without their extravagant wedding rings. Humphries did attend Kim’s extravagant Vegas birthday bash but many suspect the act was simply for show. This is the second divorce for Kim. In 2000, at just 19-years-old, she married music producer Damon Thomas. The union lasted about four years.

“After careful consideration, I have decided to end my marriage,” she said. “I hope everyone understands this was not an easy decision. I had hoped this marriage was forever, but sometimes things don’t work out as planned. We remain friends and wish each other the best.”