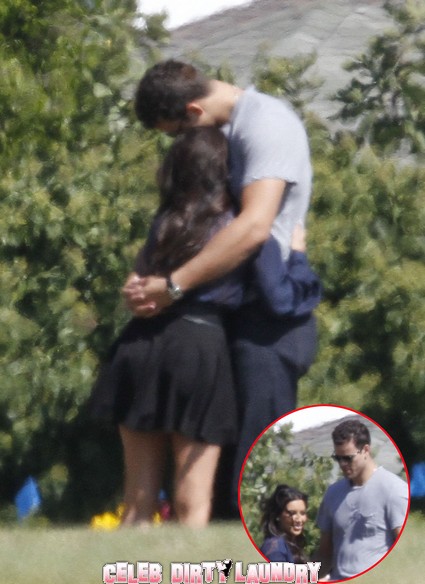 Reality star Kim Kardashian was photographed with fiancé Kris Humphries yesterday while bringing him to her father’s gravesite.  Her father, Robert Kardashian, died of cancer in 2003 and was famously known for representing O.J Simpson.

Kris and Kim shared some touching moments, all of which were caught on film by camera crews for their reality show.  God forbid they should forget the cameras!  Just how touching can it be when you have cameras shoved in your face?  Never mind forget I asked, they are undoubtedly used to it by now.

After spending some time in the cemetery, the two headed to a nearby El Pollo Loco drive thru before heading home.  They will tie the night on Saturday, August 20th and their two-part wedding special on E! will air in October.  Oh I just can’t wait.