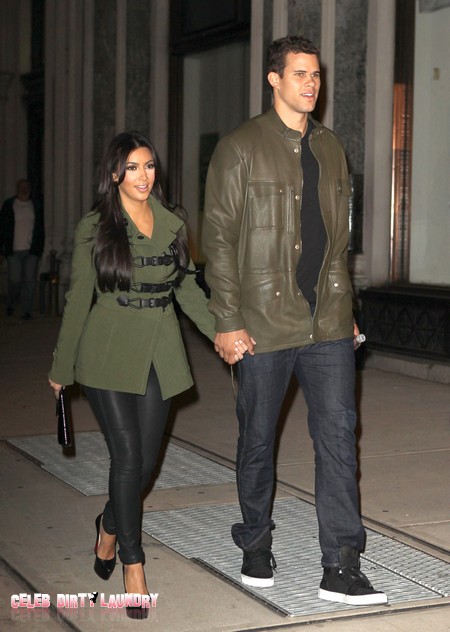 Kim Kardashian hoped that her pre-nup with Kris Humphries would keep his mouth shut and her secrets safe but she was wrong. Kris has already called her reality TV shows and her butt ‘fake’ and is screaming about how he was duped by the fantasy wedding and marriage. Attorneys for Kris are attempting to get the marriage annulled – which will also cancel the pre-nup and any protection for Kim that it provides. Kim is so stressed these days that her psoriasis is raging and she is unable to control the skin disease. She is worrying obsessively over what the stung NBA star will say or do next.

US Mag reports that most recently, her close pals have been talking about Kris appearing for $500,000 on Good Morning America, and who knows what he will say there!

“Kris has become so two-faced,” says a close friend of the star. In the past month, “Kim has gotten to see a side of Kris she didn’t want to believe existed,” explains the friend.

Friends of Kris insists that far from trying to hurt or embarrass Kim, he’s just trying to get out his side of the story. After all Kim uses the convenient vehicle of her reality TV show ‘Kourtney and Kim Take New York’ to make Kris look bad every week.

“Kris is sick of all the negativity. He just wants the chance to set the record straight once and for all,” says an insider close to the Minnesota native – even if it means revealing secrets that Kim would much prefer to keep quiet.