Kim Kardashian’s Engagement & Wedding Will Be On Television 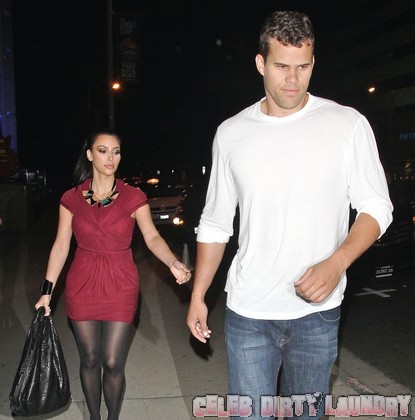 In case you were curious, when there is money to be made from any type of event involving one of these Kardashian broads, then they’re all over it, like white on rice. So, it would make perfect sense that when Kim Kardashian’s fiancee Kris Humphries proposed to her, there were cameras present. Or were there?

Or will they have to redo the whole engagement bit just for the sake of their show, complete with the look of surprise on Kim’s face when she is on the receiving end of a 20.5 carat diamond engagement ring?

You just knew that Kim would have to have that filmed for their show. Upon hearing the news that she had gotten engaged, she’d be trying to profit from it. There is no Kardashian algorithm for not making money — off of anything. Seriously, is nothing sacred to these girls?

Was Kris Jenner foaming at the mouth at all of the cash that could be made from her most famous daughter’s engagement was announced? You betcha!

“This is the thing, one of the biggest joys in my life is the fact that we have Khloé and Lamar’s experience on E! They filmed it and every time I watch that, I cry.”
To which Kourtney dead-pan/sassed, “Boo-hoo.”
“I went through it so quickly,” the matriarch with a huge-ass rock continued, ignoring her spawn who was sitting next to the sis with the equally huge-ass rock. “And so fast and furious, you don’t stop and take the little mental snapshots.”
And thus sparked another classic clash of the Kardashes:
Khloé: “You gotta stop with the fast and the furious comment.”
Kourtney: “Yes! I’m over it!”
Khloé: “Like, if you say that in another interview, there’s other adjectives you could use.”
Kris: “There’s none in my vocabulary.”

Ugh, I just can’t. The sanctity of marriage is truly stained. And to think that the government won’t allow gays to be married, yet this is allowed. It doesn’t make sense to me.