Kim Kardashian’s Ex Reggie Bush Is Upset Over Her Engagement 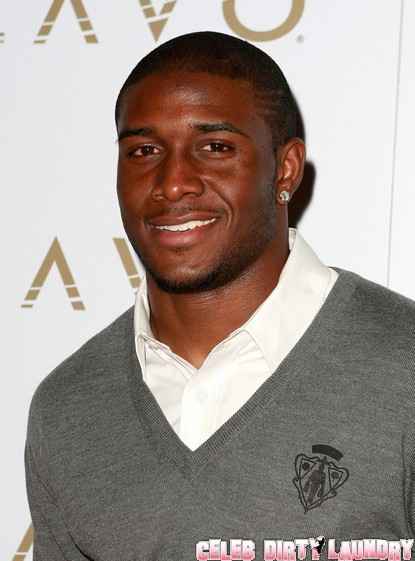 Yesterday we posted the news that Kim Kardashian, 30, was engaged to her boyfriend Kris Humphries. Kris proposed May 18th, when Kim got home he was waiting in her bedroom and had written in rose petals “Will you Marry Me.” Kim is thrilled by the engagement and the 20.5 carat engagement ring she received certainly helps.  Someone that is not very happy is Kim’s ex-boyfriend Reggie Bush.   LOL if you ask me he should be thrilled that he escaped the clutches of the fame-whore, just saying…

Life & Style has the scoop, the 26-year-old NFL star was supposed to attend the launch party for the Gumball Rally 3000 at the Playboy Club in London on May 25, but partygoers suspect that he may have backed out at the last minute after learning of Kim’s big news. “We heard Kim got engaged, so we think that’s why [Reggie] didn’t turn up,” an eyewitness overheard Reggie’s Gumball Rally 3000 teammate, NFL player Cody Green, tell a friend. “He must be pretty cut up. He sounded like he was, and that was why he didn’t make it down.”

Reggie and Kim dated for two years in 2007 they tried it again after splitting up but it did not work out.  What do you think of famewhore Kim’s engagement – how long will it last?