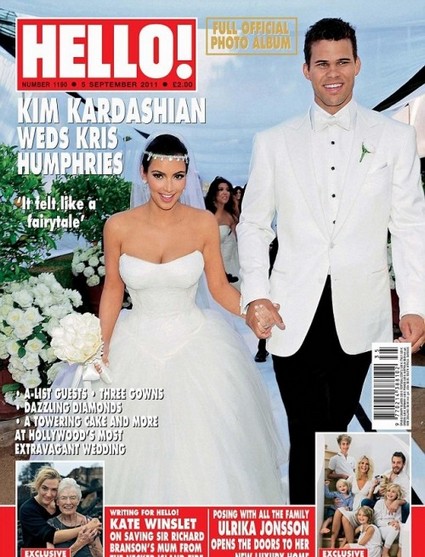 Kim Kardashian‘s wedding photos are in British Hello! and this time new husband Kris Humphries was allowed to be on the cover.  I swear Kris looks like Jethro Bodine from the Beverley Hillbillies, except Jethro was a bit nicer looking.  Do you see it??  Kim says the wedding was like a fairy tale, but in my opinion it was like a nightmare in white.  Far too much white!

Kim and Kris got married in front of 400 guests and friends last weekend.  Kim wore a Vera Wang and it looks like the magazine Photoshopped her waist to look thinner.  She wore three more Vera Wang dresses during the evening.  Kris said about his new bride: “She took my breath away.  She was so shockingly beautiful.”  I wonder what he is going to be saying in a few months from now?

If you just can’t resist pick up the current issue of Hello!  which has all the photos and the scoop on Kim’s plan to start a family. 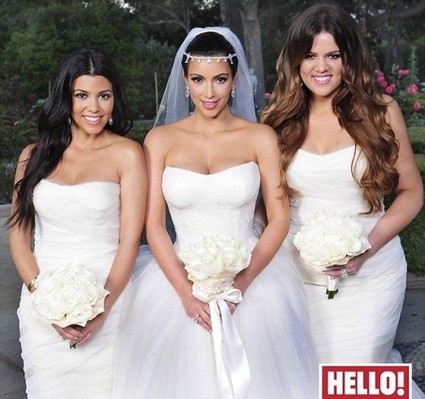