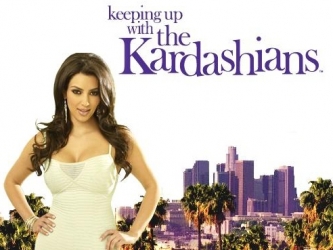 Talk about a deal with the devil and you have to look no further than the contract designed by Kim Kardashian’s reality shows producers.   While partying her little heart (and BIG BUTT) out in new York City this weekend, and having all of it filmed for the future delight of her TV fans, the producers of said shows had a little surprise for any night clubs hungry for the Kardashian cache.

In order to keep Kim’s activities and exploits top secret they demanded that club owners sign a confidentiality agreement that included a $1,000,000 fine for any leak of any info to the press!

The bosses at club 230 Fifth – Kim’s first choice for partying – were asked to sign a confidentiality agreement because producers wanted to shoot inside the venue. But the club people wouldn’t cooperate after reading that one potentially expensive clause in the contract. Although having Kim and her retinue would be a boon for any night club the risk of being sued for big bucks made the offer just too risky. In our litigious society any club would need to be desperate or nuts to enter into such an agreement.

According to the documents, anyone who leaks any information about the show must pay producers $1,000,000 “per breach.”

No doubt the Kardashian crew won’t have a problem finding a club willing to host them but in this case they better hope no info on the party leaks out.